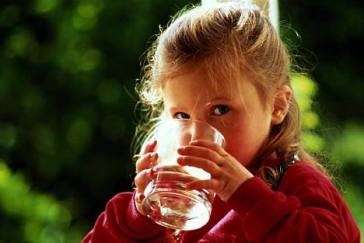 Chloramine, which consists of a mixture of chlorine and ammonia, is added to the water of many cities as a substitute for free chlorine. It is often referred to in the plural, as “chloramines,” because it can take on a number of forms according to the pH and mineral content of the water.

The whole reduction discussion for chloramines can become quite complex, but the main thing you need to know is that chloramine is removed from water with essentially the same strategies that are used to remove chlorine. This means that carbon filtration is the best removal method, and, contrary to urban legends, filter carbon does indeed remove chloramine. The problem is that it takes more carbon and more contact time to do the job. In practical terms this means that if your city disinfects your tap water with chloramines you’ll need to get a larger and better carbon filter than you would need if chlorine alone were used.

Catalytic carbon is a specifically processed grade of filter carbon that is designed especially for, among other things, exceptional chloramine removal. On our site, the brand name for catalytic carbon is Centaur. 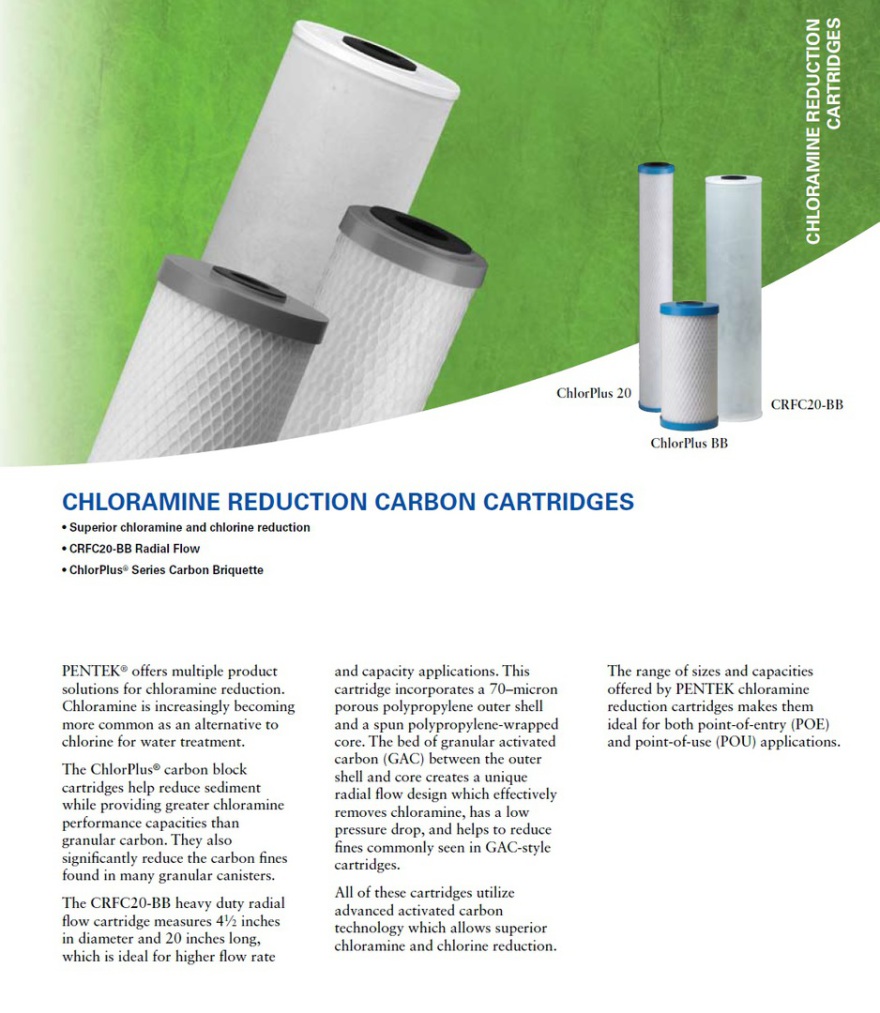 OUR PURE AND SIMPLE CGCC - FILLED WITH CENTAUR CATALYTIC CARBON

UNDERSTAND THAT ACTIVATED CARBON REMOVES CHLORAMINES. CATALYTIC CARBON JUST NEEDS A SMALLER BED TO ACHIEVE THE SAME REMOVALS. A MIXED BED FOR WHOLE HOUSE FILTER IS ALSO A CHOICE IF CHLORAMINE REMOVAL IS A GREAT CONCERN.

Carbon cartridge filters have been tested for chloramine removal, but since no national testing standard has been established, no claims are being made. Some cartridges have a real advantage: Fine or powdered carbons, such as those used in cartridges, are excellent chloramine removal media in spite of not being made from catalytic material.